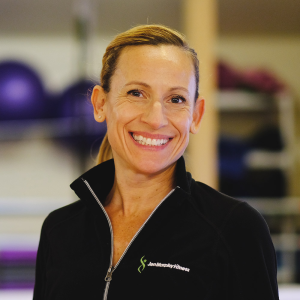 When I was growing up, the beginning of October meant deciding not only what to be for Halloween but hunting around the house for all the components to make the costume a reality. In my home, store bought costumes were never an option, so we had no choice but to be creative. And it was the creativity that made the school Halloween Parade a proud event and special memory for me.

Now, elaborate costumes can be found in every mart around town, and large vacant stores have been turned into Halloween warehouses filled with every cartoon character, superhero, zombie and all the accessories that go along with them. As you may expect, or have experienced, the price tags are as extravagant as the costumes.

Sadly, once the “cool” costume has been worn, it will never be used again. If you’re lucky, you have a younger child to pass the “awesome” superhero costume to. If not, the costume ends up in a box in the attic and you are off to buy the latest “awesome,” overpriced costume, to be worn for an hour, or if your lucky, to a Halloween Party for three hours.

What if there was a way to exchange last years costume for another costume, for nothing more than a trip to Jen Murphy FItness? Bring in your old costumes and accessories and simply exchange them for “new” at our costume swap.   There are so many wonderful costumes to choose from, and the inventory changes by the minute. While you take time to peruse the racks let your little one sing and dance and play in the back room with Miss Darci.

Last year’s costume swap was a great success with dozens of costumes donated or exchanged for “new” costumes. This year’s swap is expected to be even bigger. If you would like to donate without exchanging, you can drop your costume during any class at Jen Murphy Fitness.

Class Change on Monday October 14. Only 7 a.m. Weights and 9 a.m Circuit classes are being held on Monday, except for evening Tai Chi (see below).

The introduction to Tai Chi class was a resounding success, with 18 in attendance. Regular Tai Chi classes begin on Monday October 14, at 7 p.m. and will run for four weeks. $15 per class, or all four classes for $50. No need to register, just show up 🙂

Have a great Columbus Day

See you in class!
xoxo
Jen

Ready to get back in shape?

Take the first step and Schedule a FREE Consultation by clicking the “Get Started” button below.

P.S.  Don’t forget:  We are running a contest.  When the Jen Murphy Fitness Facebook page reaches 1,000 Likes, we will draw two names from the list of individuals who Like our page and they will each win a free month of classes.  Be sure to Like our page and you’re automatically enrolled to win!

LET'S GET YOU SIGNED UP
For our updates...

BE In the know